Search the following databases for resources for your research.

Make a free website, blog or design a Webquest. Education sites are possible too. Also available on the app store

Take a look in the Christopher Brennan Library for books that will supplement your learning and understanding of Albert Calmus.

A Search for Meaning
The Outsider or Stranger is a novel by Albert Camus that explores philosophical schools of thought: existentialism, absurdism and nihilism. Camus argues in his novels that believing in human potential, rather than God we can have a meaningful life. Hopkins in the selected poems argues that there is order in the world and that this can be seen in the harmony and beauty of nature and that is proof of God's existence.

The novel 'The Stranger' also known as 'The Outsider'.

SHMOOP-THE STRANGER
Themes, characters and summary of the text

THE CULT OF THE OUTSIDER
Article by Sean COUGLAN from the BBC. Mean, moody and alone. What is the appeal of the outsider?

THE WORLD BOOK CLUB-THE OUTSIDER
The World Book Club, discusses Albert Camus' seminal novel The Outsider with his acclaimed biographer
Oliver Todd  and Professor of French at Sheffield University, David Walker. A 55 minute talk from the Shakespear and Company bookshop in Paris

BBC- INSIDE THE OUTSIDER
Professor Andrew Hussey celebrates the controversial life and work of the globally feted French writer and philosopher, and searches out the private man behind the handsome Bogart lookalike public face.45 minute podcast.

INTERNET ENCYCLOPEDIA OF PHILOSOPHY
Albert Camus (1913-1960). A summary of his life, career and philosophy.

OTHER BOOKS BY ALBERT CAMUS 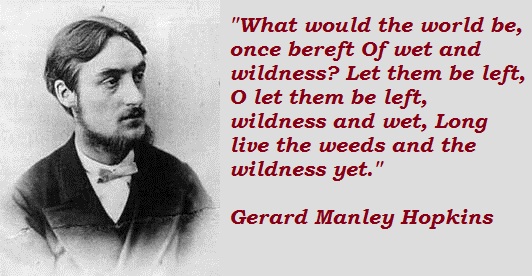 SHMOOP
An overview and analysis of many of Hopkins' poems including Pied Beauty, God's Grandeur, Spring and Fall and the Windhover

HOPKINS MORAL MAZE
In an extract from the 1986 Everyman documentary To Seem a Stranger, presenter John Wain reflects on Gerard Manley Hopkins' moral dilemma, attitude to the England of his day and his personal faith.

HOW TO READ A POEM

Gerard Manley Hopkins- Portrait of a Poet
Available on Clickview online.Log into your Riverview Portal account to access. 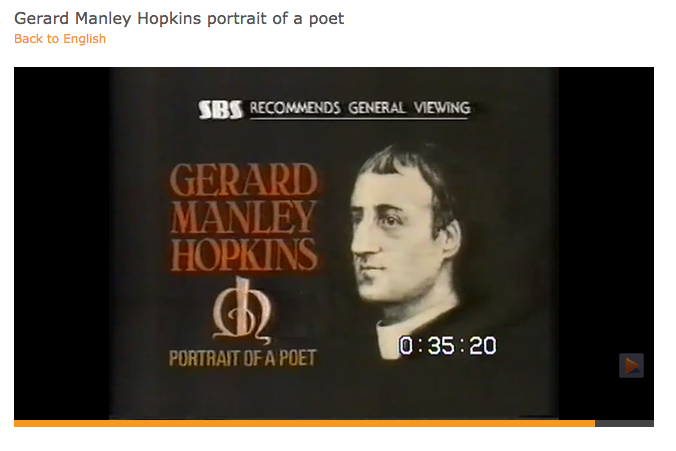