Books on Ancient Egypt are located at 932

Books on Egyptian Pharaohs are located at 932.01 PHA 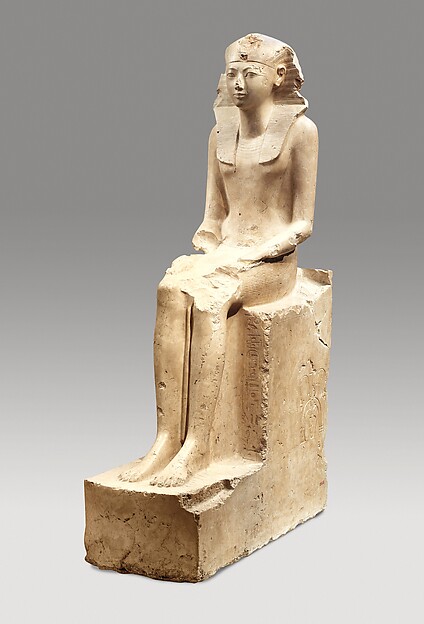 Follow the link to the collection record at The MET for this statue, including the audioguide recording for the exhibit piece.